More art, and a HUGE Thank you!

Home/Uncategorized/More art, and a HUGE Thank you!

More art, and a HUGE Thank you!

We have some more images to show off!

Back the Kickstarter Now! 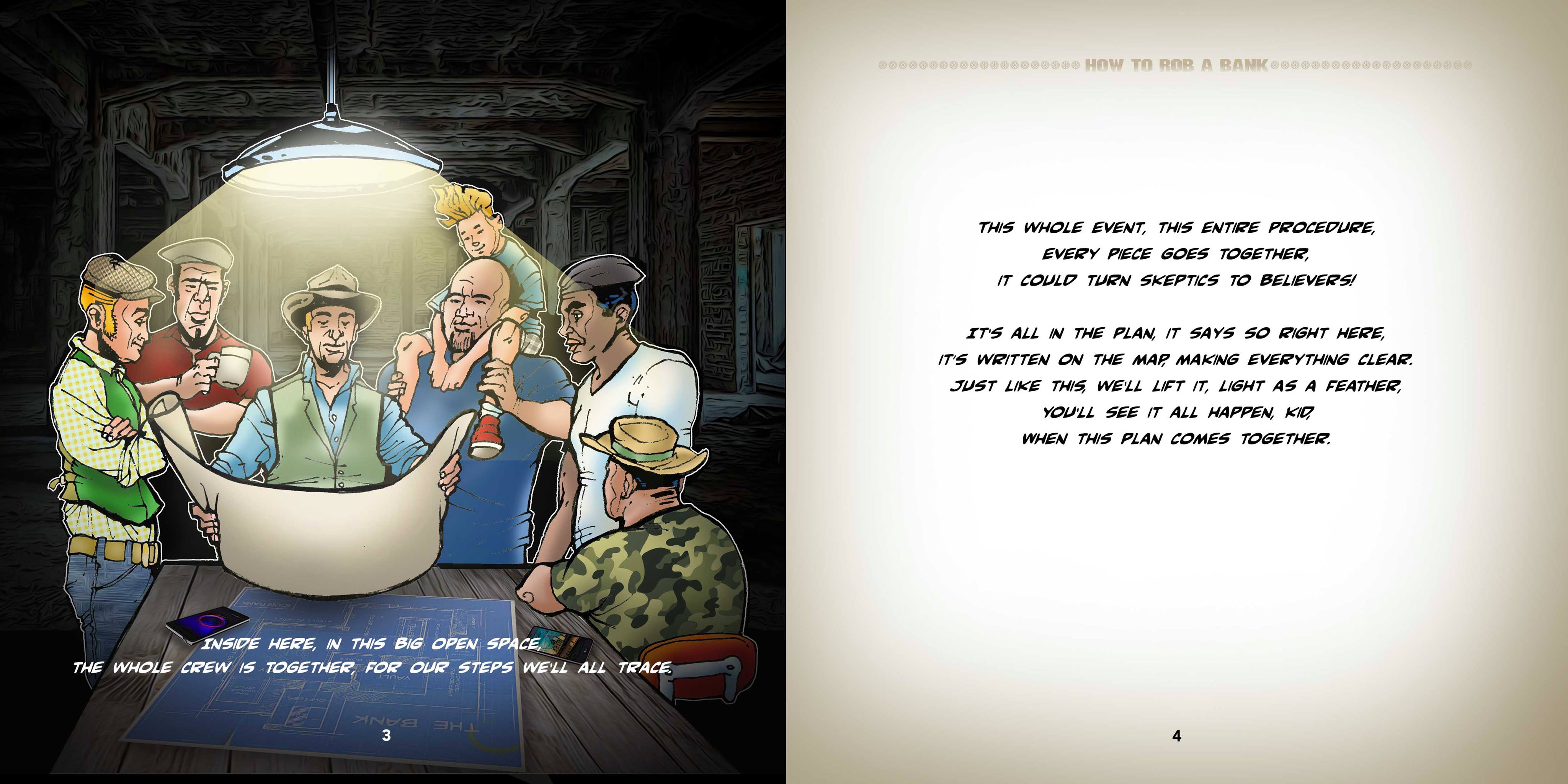 This spread is very special to me. The crew has gotten together to go over the plan and you see something that often happens with co-workers (good ones anyway).  They grow a bond through their occupation that is akin to that of a family. You see that here with the boy on the shoulders of  ‘uncle’ Rocky.

In this book, everyone is happy as they are doing what they love with the people they care about. Through the pages you see that they are supporting each other and watching out for the boy, as they teach him about the job. Even the hostages help the kid out, while at the same time failing to identify him as one of the robbers.

This reminds me of the trips my Dad and his friends would take me on as a kid to the Boundary Waters in northern Minnesota. There were good times, and there were times where we paddled with all our might against the storm to barely move at all. But we did it together, and supported each other.  That is the key takeaway and underlying message under the satire from How to Rob a Bank.

How to be an Archaeologist Spread

One of our new releases with Little Platinum Books is entitled, “How to Be an Archaeologist.” It takes you through the educational process, field work, finding and applying for a site, paperwork, funding and all the behind-the-scenes work that surround the actual digging for ancient history and artifacts. Archaeology has its romantic side, but there is a lot more to the craft than simply stumbling upon treasures from antiquity.

I am not an archaeologist, but was very privileged to be an unofficial part of the clearing of a small ancient quarry and shrine site at Gebel el Silsila, Egypt. My good friends, Dr. Maria Nilsson and John Ward are the Director and assistant Director of the Swedish mission that works that 23-mile-square site that spans both sides of the Nile River about an hour south of Luxor, Egypt. 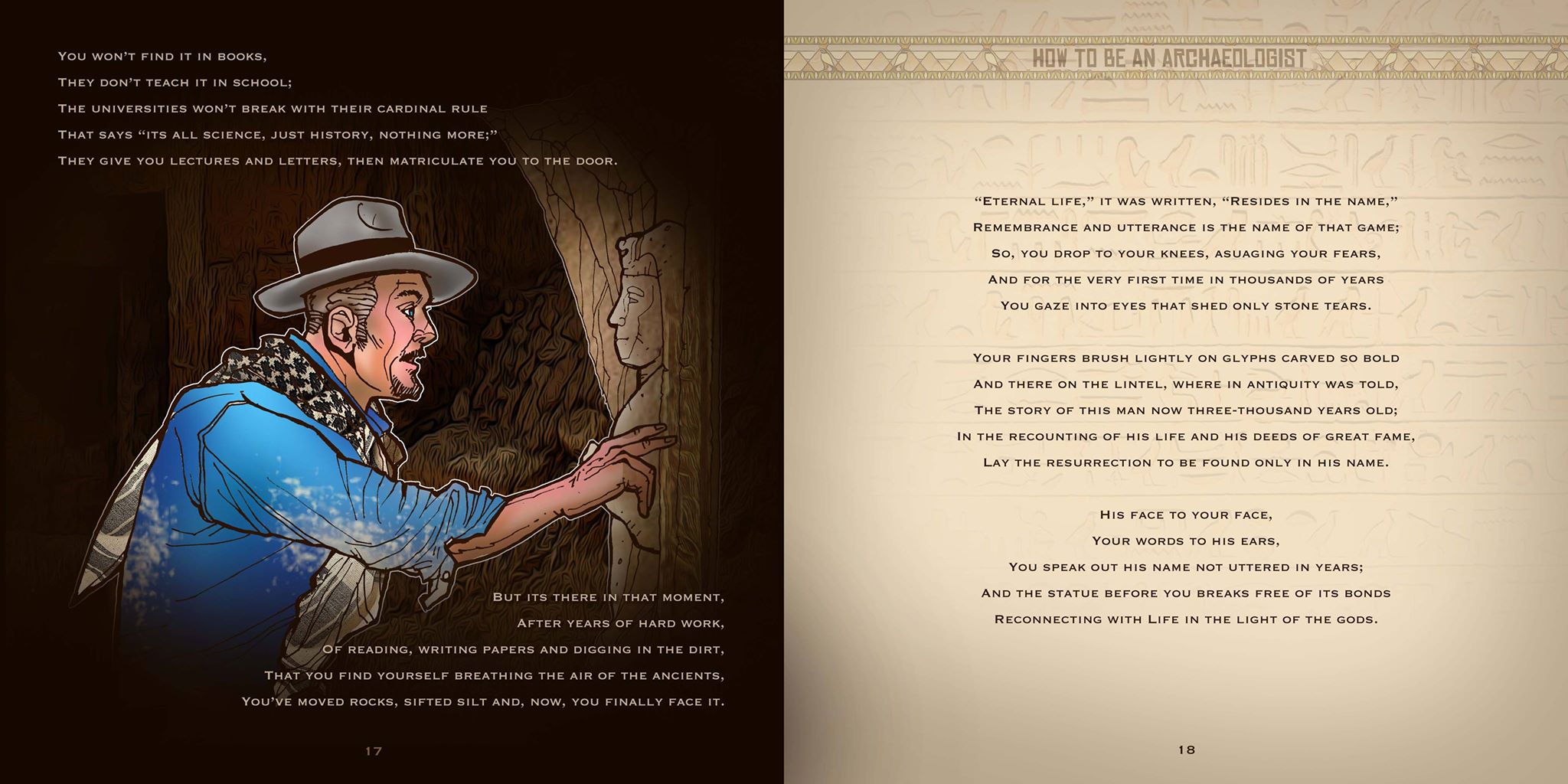 Since I was a kid, I always wanted to be part of discovering something from the ancient world; something of great significance and worthwhile to humanity. When I was a college kid, Indiana Jones was introduced to the pop cultural world, becoming the single most significant fictional character to drive young people into wanting to be an archaeologist. He did the same for me on that visceral, inspirational level, expanding on the historical education I had already been through.

When I met my friend John, he and his wife were actively working to get their permits to found the archaeological mission at their site in Egypt. John and I travelled to Egypt together to conduct a research trip on a book we were writing on an historical character from ancient Egypt. Actually being there, in Egypt, my feet in the sand as I stood in ancient temples and ruins, or 90 meters beneath the ground in 3500-year-old tombs set me on a mature, lasting course of discovery. I have returned to Egypt many times to explore, photograph and assist in archaeological work, and only wish I had started doing this so much earlier in life.

Introduce your kids to what’s its like to go through the process of becoming an archaeologist, from the education to the digging, the romanticism to even the mystical and magical things that lay far outside the tools you acquire through an institutional degree.

“How to Be an Archaeologist” will take you there and back, again. And who knows, it may even ignite a fire in your young kids. 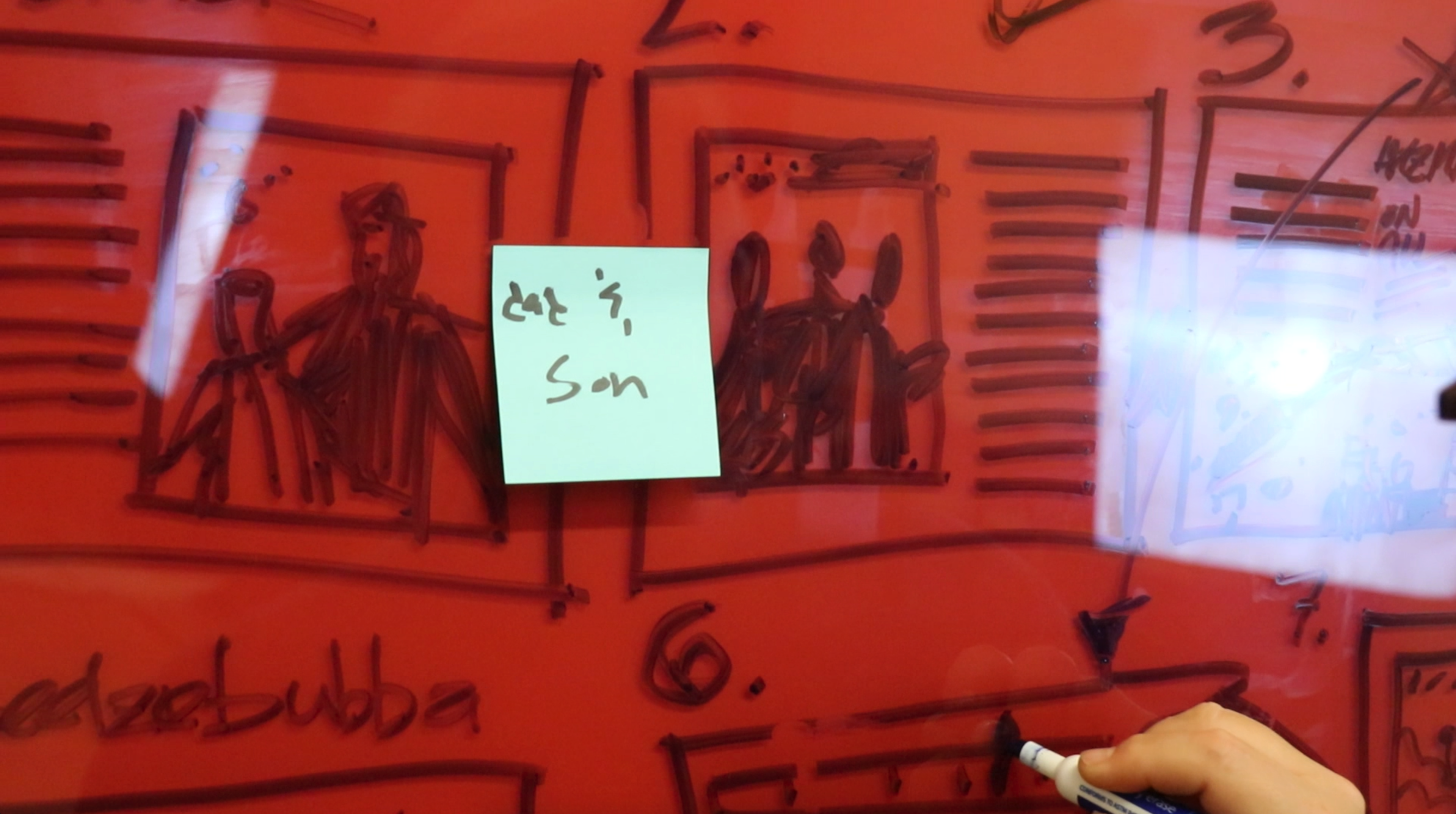 So there you have it. A lot of thought went into each of these images and the text. Scotty and I sat down together, and went over our vision for each item, do some writing and illustration, then submit it to Jaime to tell us how much we suck at spelling (ok, Scotty can spell).  This entire process is a team effort, and I want to thank you all for supporting our team.